Dion Jetson, Broadway and SeVen1 collaborated on the powerful punch-line anthem “Clap For Me” last year and now bring a visual for the Canei Finch produced song. The video matches the energy of the track, which was a fan favorite since its release in September of 2013. Directed by Floating Photograph, the visual was filmed at several locations including the filmed at Chicago’s iconic Regal Theater and Vic Theater.

The director makes the visual stand out with crisp editing and an artistic flair that make the punch lines in the song impact even more. The three artists and director come together to set the tone for what should be a powerful 2014 for everyone involved in the video. Dion Jetson's upcoming project The Ear & The Heart is scheduled for a first quarter 2014 release. 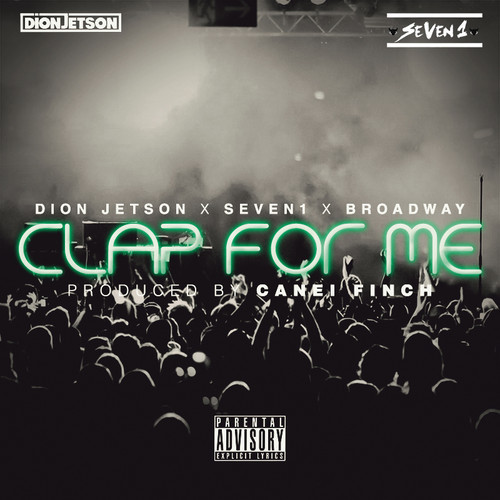